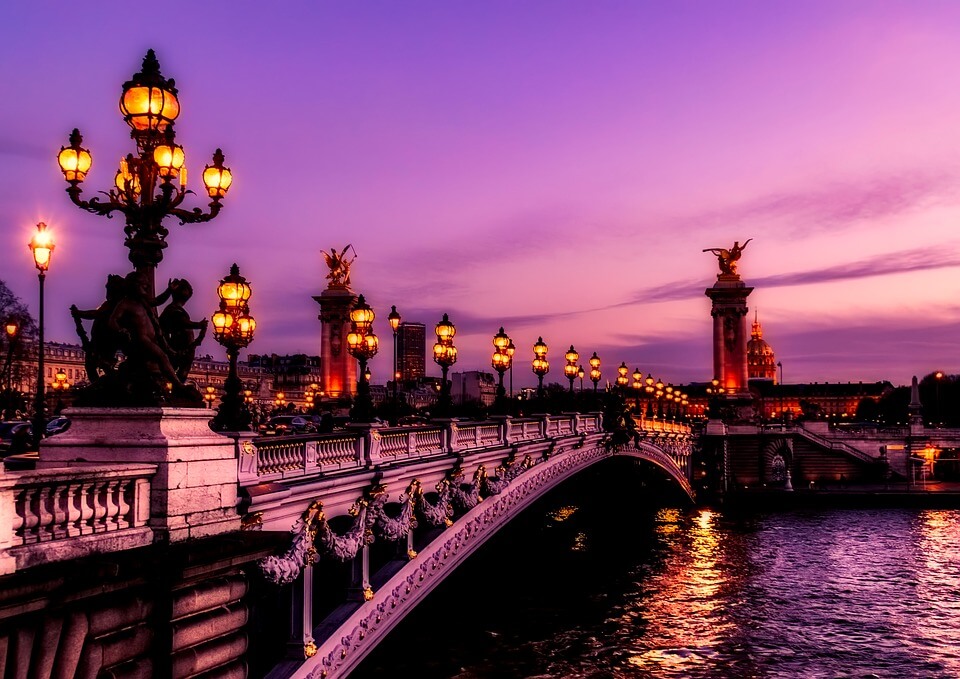 Europe is the world’s second-smallest continent with about fifty countries and welcomes over 480 (Four hundred eighty) million visitors annually. Seven of the ten most visited countries in the world are European nations and this is because of the continent’s greatly preserved cultural heritage, cosmopolitan nature and efficient infrastructure. Most of the famous and popular cities are known of their grand architecture, vibrant nightlife, large shopping centers, markets, diverse cuisines and dining etc. which make visiting Europe exciting and a breeze. Europe’s main attraction categories are:

Significant history: It has a rich heritage with the forum of Rome, birthplace of democracy in Greece, the criss-crossing canals of Venice Innovative culture: it’s the leading continent in fashion, architecture, design, art and music especially in cities like Stockholm, Copenhagen, London, Berlin etc.
Beautiful landscapes: the continent boasts of stunning high land sceneries, sand beaches, and archipelagos Extraordinary Stereotypes: some people travel to Europe get to experience and witness certain clichés and stereotypes come to life, interpreted, contradicted and also be apart of them

Each country/city has its own identity and culture so picking the best to visit is quite tricky however below are some of the top destinations Europe according to different surveys.

Paris, France
This is the capital of France and for so long this city has been known as one of the most romantic and beautiful of all cities by travelers. It’s very cosmopolitan and multi cultural so it boasts of a wide range of culture, food art, design and fashion. The city is home to some of the world’s best and most luxurious fashion designers and cosmetics like Yves Saint-Laurent, Chanel, L’Oreal, Dior etc. Read more about Paris.

Istanbul, Turkey
This is most populated city in Turkey and is its major cultural and financial center. The city links 2 continents: both Europe and Asia via the Bosphorus. The city boasts of great architectural sites and palaces perfect for a refreshing city-break. Being the cultural center of Turkey it houses numerous museums, galleries and venues where both the cultural and contemporary arts can be experienced. Read more about Istanbul.

Vienna, Austria
This is the most populous city of Austria and former home to the Habsburg court and its numerous empires. Thus the city is a historical center with its features of the imperial capital it once was. The city also has a vibrant nightlife with many street performances. If you visit during the carnival season you can get to enjoy and attend different balls, there are also open-air-film and dance festivals during the summer and other programs.

Rome, Italy
Also known as the “Eternal city”, Rome is the capital city of Italy and the Lazio (Latium) region. It’s a world renowned historic center of power, religion and culture. It’s a grand sight of spectacular palaces, romantic ruins, millennium old churches and basilicas, ornate statues and magnificent monuments. The extensive and majestic historical heritage of Rome makes it one of the most influential and visited capitals of the world. Read more about Rome.

Barcelona, Spain
This is the second largest city in Spain and the capital of Catalonia. The grand city is full of outdoor markets, shops, churches, museums and restaurants. The streets are great for walking and also a metro system is available for more far-spread destinations. During the warm weather the beaches also offer more relaxing and enjoyable experiences of the city. Read more about Barcelona.

Madrid, Spain
This is the largest and capital city of Spain. The city is famous for its vast cultural ant artistic heritage. The city has both modern and medieval architecture with huge cathedrals and churches, the El Prado museum. The city also boasts of a vibrant nightlife with the largest number of bars per capita of any European city. Read more about Madrid.

Amsterdam, Netherlands
This is the largest and capital city of Netherlands. Being the country’s cultural, financial and creative center, Amsterdam boasts of outstanding architecture, beautiful canals that crisscross through the city, over 1,500 bridges and friendly neighborhoods. Read more about Amsterdam.

London, England
This is the largest and capital city of the United Kingdom and England. The city is divided into boroughs and districts which are all multicultural, vibrant and mesmerizing. It’s considered among the top two world leading cities and an international capital of culture, trade, fashion, music, education and politics. Read more about London.

Dublin, Ireland
This is the capital of Ireland famous for its energy, lively nightlife and tourist attractions. The city has museums, cathedrals, libraries and historical heritage centers such as the National Museum of Ireland, Kilmainham Goal prison Glasnevin cemetery, Christ Church Cathedral etc. Read more about Dublin.

Stockholm, Sweden
This is considered one of most beautiful cities in the world because of its historical heritage, cultural and attractions. It’s a metropolis city with a thriving fashion, music, technology, film, games and design industries. Read more about Stockholm.

Below are the travel tips/caution
Just incase of emergencies, you can dial 112 in any European Union nation and also most other European countries. The emergency number will work even if it’s not the primary number for the nation’s emergency services
For health concerns; if you’re an EU/EEA citizen it’s advisable to apply for or bring a free European Health Insurance Card (EHIC) so you can have access to certain state —provided healthcare services with in the European Union free of charge or at a reduced cost depending on the nation. If you are not an EU/EEA citizen, it’s important you buy a travel insurance policy for emergency healthcare and medical repatriation.

So you can now start planning your eventful journey to Europe and check out some the listed destinations’ extraordinary things and fascinating experiences they have to offer.