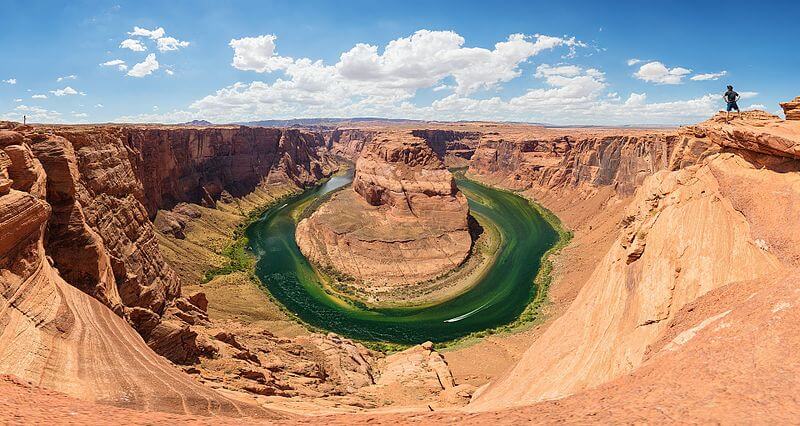 Every single year, many people from different nations across the world travel to different locations throughout North America for vacations. The vacations may either be for the whole family, or for only the husband and his wife. The destinations vary depending on the travelers’ interests and where they would like to go. Among these destinations are national parks, recreational centers, waterfalls, historical sites and so many others. Below is the top ten destinations for North America.

The great Canyon takes the number one spot on the list of the top 10 destinations North America, As it is the case with all the other National parks, the Grand Canyon wasn’t a popular national treasure as it is the case today. Ever since the time when it was discovered, it has grown to being one of the most well known destinations in North America. Read more about the Grand Canyon.

With all its infamy and history, Alcatraz is one of the main tourist draws and most favorite landmarks of San Francisco. Whether the people are drawn to this bleak Island because of their swift currents, frigid waters or sheer cliffs, one thing is true; this place has been a home for the most notorious criminals of the world. Read more about Alvatraz Prison.

Being in Disney is being a child again. While in Disney, you may choose to be transported to the worlds which only existed in your wildest dreams and imaginations, fly to the fairy-tale kingdom, travel through time to come to a future land, soar through Californiatis Skies, visit Winnie the Pooh world, and so much more. Read more about Disney World.

If you are seeking for a destination where there is no standing in long lines under the blazing heat of the sun, you may choose to visit this Yellowstone National Park so as you get a chance to experience Untamed Adventure. Read more about Yellowstone.

This is one of Chicago, Illinois’ best residential neighborhoods. It is characterized by vintage town-homes which offer single family, as well as apartment style living. The streets are lined with trees, with several houses boasting of a small yard. Read more about Lincoln Park.

The CN Tower is Canada’s tallest free-standing infrastructure. Bearing a resemblance to Seattle’s Space Needle, this structure is considered to be one of the world’s most recognizable landmarks. Receiving millions of visitors from the different parts of the world, everyone needs to have seen the tower at least once. Read more about the CN Tower.

This is a fortress built in the 19th century with the intentions of protecting and defending the city of Kingston. The other reason behind its construction was to discourage the enemy forces from using the Rideau. Read more about Fort Henry.

This is located in California’s central region within the United States. It is one of the least populated coastal regions in this part of California and is located 245 mile northwest of Los Angeles, and 120 miles south of San Francisco city. Its name is said to have been derived from a Spanish term, ‘El Sur Grande’, which is means ‘the Bog South’. Read more about the Big Sur Region.

This historic Quebec City, which is now a neighbor to the large Quebec City, was a complete main city in the 17th century. The old city is surrounded by fortifications which have been in existence for several centuries. It’s a sight to behold and you don’t want to miss out on it.

Even though it is neither the largest nor the steepest waterfalls in the world, without a doubt Niagara Falls may be the most famous falls in the world. It attracts almost 20 million visitors each and every year. Niagara is a series of waterfalls which straddles the US-Canadian border between the New York state and Ontario province. They are described as being awe inspiring and enchanting and have been among the worlds most visited tourist attractions since the 1850s. Read more about the Niagara Falls.

This concludes the top 10 destinations North America. If you think we missed a spot, please let us know!