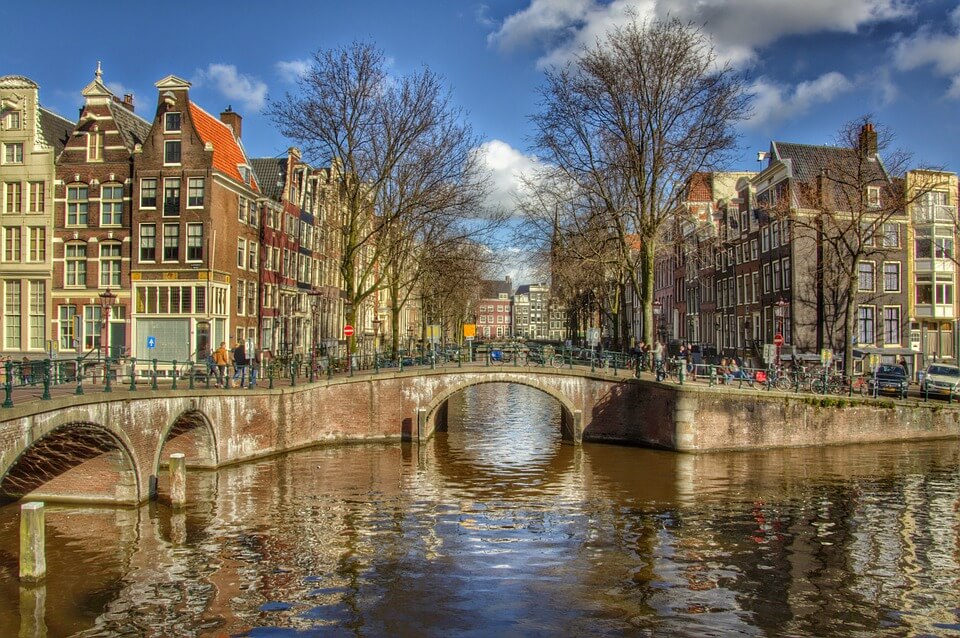 This is the largest and capital city of Netherlands. Being the country’s cultural, financial and creative center, Amsterdam boasts of outstanding architecture, beautiful canals that crisscross through the city, over 1,500 bridges and friendly neighborhoods. The city’s metro system also provides a gateway to other major cities like Paris, Brussels, and Frankfurt so it’s a perfect connection to exploring other cities.

The districts of Amsterdam have a taste for almost any kind of tourist for example the Old Center is known for its old-fashioned architecture, coffee shops, canals and shopping centers, Canal Ring which is a renowned heritage site boasting of a posh neighborhood and a lively nightlife, Jordan which has many art galleries, trendy boutiques and restaurants, South which has affordable accommodation rates, markets and the Museum Quarter etc. For the nightlife areas like the Marais, Bastille, Quartier Latin-Odeon which offer spectacular drinking establishments and cozy or posh style bars. The restaurants offer a variety of meals sea food specialties, lamb, beef, pork and other delicacies .

The best time to visit Amsterdam is from late spring till summer. And if you really want to enjoy a big party you should be there on Kingsday, April 29th. This is when the entire population celebrates the birthday of the King.