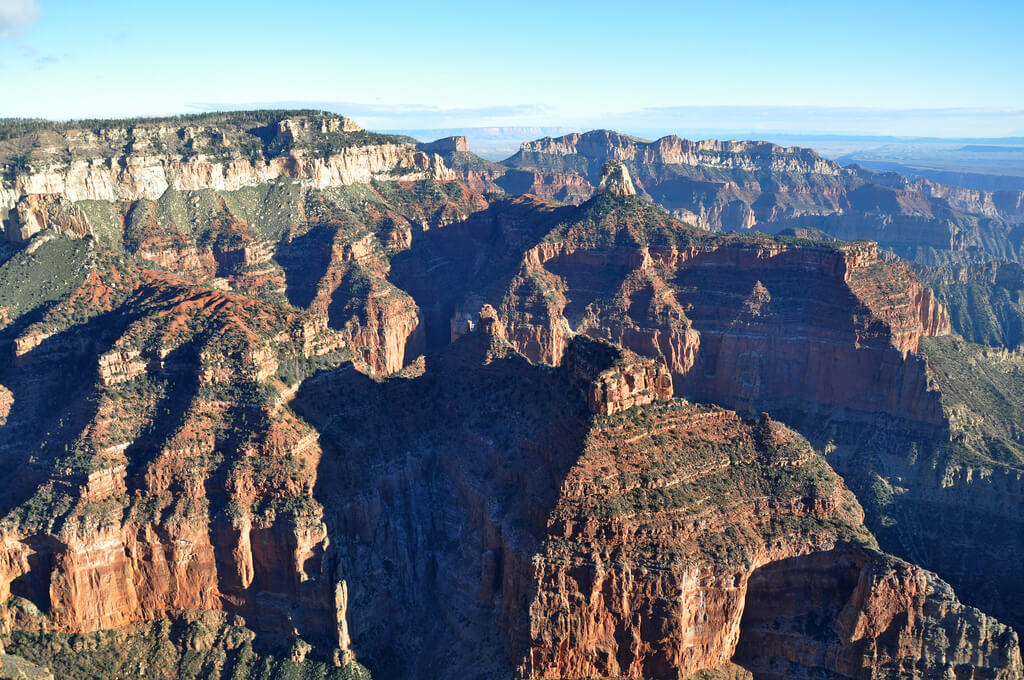 The great Canyon takes the number one spot on the list of the top 10 destinations North America, As it is the case with all the other National parks, the Grand Canyon wasn’t a popular national treasure as it is the case today. Ever since the time when it was discovered, it has grown to being one of the most well known destinations in North America. Various people have varying theories regarding to its creation; however, they all agree on one thing, that it took some good time to form and become what it is as seen today. One interesting thing about it is the fact that it transforms every single day which goes by, something which lets visitors return to the national park several times and get a new and fresh experience every single time

The Grand Canyon is gigantic in size, covering more than 1.2 million acres of land. The area is broken by the Colorado River, which winds its way along the giant canyon floors bottom. Beside the areas covered by the desert, others are covered with forest, thus making it an area of contrast.

There many various adventures which can be enjoyed by someone how chooses the Grand Canyon as their destination for a vacation. It contains several hiking trails for individuals that find great pleasure in a good hike. The national park also contains some unique resorts, wonderful hotels, lodges, and camp grounds.

The best time to visit the Grand Canyon is March through May or September through November as it’s not too hot during the day and peak tourists season is over.