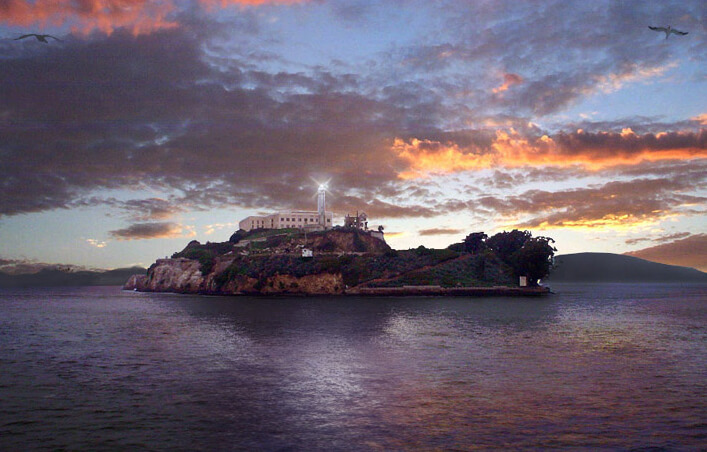 2With all its infamy and history, Alcatraz is one of the main tourist draws and most favorite landmarks of San Francisco. Whether the people are drawn to this bleak Island because of their swift currents, frigid waters or sheer cliffs, one thing is true; this place has been a home for the most notorious criminals of the world. It is a wildlife sanctuary too with various species of birds nesting there

Fondly referred to as the Rock, Alcatraz was first discovered and explored by a European Explorer known as Juan de Ayala. He named it ‘La Isla de los Alcatraces’ which means ‘lsland of the Pelicans’. In the mid 1800s, it functioned as a military post.

Conversely, what makes Alcatraz mysterious is the fact that it was considered as the foremost maximum security prison of the United States from the 1930s to the 1960s. People are irresistibly drawn to the stories of Scarface or Al Capone, George “Machine Gun” Kelly (who is one of the most famous gangsters in his time) and Robert “The Birdman” Stroud.

Its fascination is complemented by the place’s amenities, barren grounds, bleak buildings and cramped cells. It has an image which is so hostile that it was at one time nicknamed ‘Uncle Sam’s Devil’s Island’. Several movies which feature Alcatraz have been made.

These days, even though the cells are empty, the Island receives over one million tourists every year so that they can see how the notorious residents lived.