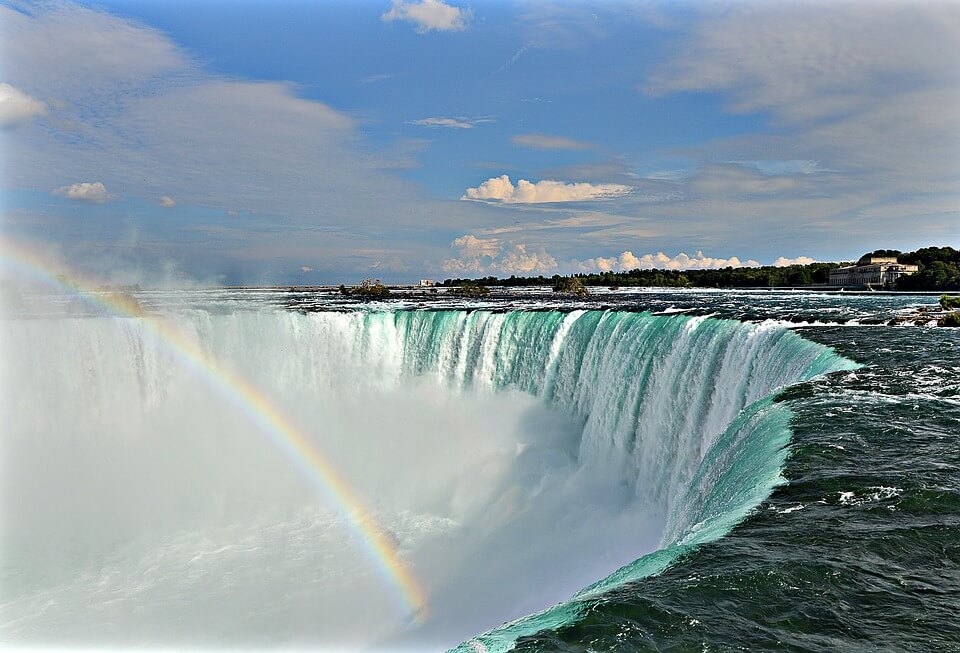 Even though it is neither the largest nor the steepest waterfalls in the world, without a doubt Niagara Falls may be the most famous falls in the world. It attracts almost 20 million visitors each and every year. Niagara is a series of waterfalls which straddles the US-Canadian border between the New York state and Ontario province. They are described as being awe inspiring and enchanting and have been among the worlds most visited tourist attractions since the 1850s

There are three waterfalls that makeup the Niagara Falls; that is the American Falls and the Bridal Veil Falls on the United States’ sides of the border, and Horseshoe Falls on Canada’s side of the falls. While viewing the falls from the side of the United States, the most vantage points can be located inside Niagara Falls National park; whereas Queen Victoria Park offers platform and trails offering spectacular views of both the Horseshoe and American falls on the Canadian side.

The best time to visit the Niagara Falls is from June to August, but be mindful of crowds during the summer.